On 14 February 1951, on Flight No. 12, the aircraft disintegrated in a dive, scattering wreckage over a snow-covered bush area 2 miles x 1 mile. I don’t think the CF-100 test wing section (a SECRET item) was ever found. Flight No. 12 consisted of 7 level runs at 30,000 ft. and 3 dives from 30,000 ft. at speeds of Mach 0.73 to 0.75. Five level runs were completed and the aircraft disintegrated on the first dive. Test data recovered indicated that the aircraft had gone into a 4 G yaw at about 21,000 ft., reaching Mach 0.79. With the aircraft now out of control, the wing test section departed at 19,000 ft. and 510 mph TAS. The pilot jettisoned the canopy at 7,100 ft. and it struck the stabilizer. The tail section began to fail at 6,000 ft. and the aircraft bunted, with the port wing failing and coming off at 4,500 ft. under negative “G” loading. The aircraft totally broke up and was strewn over a wide area. The cause was blamed on loss of control and inexperience.

The findings of the Court of Inquiry included several recommendations re. the choice and training of test pilots for test and experimental projects, and also said that it would the preferable to use something like the Vampire or Sabre for transonic model testing rather than Mustangs. John Arthur Ryan, DFC, was a bomber pilot with only a scant few hours of fighter time as a ferry pilot, and that was spread over several years. Ryan had been awarded the DFC as a WO2 pilot with 425 Sqn. overseas. The Court of Inquiry file also notes that he had no test pilot training, and was on loan from a Transport Command unit at Rockcliffe. The bulk of his hours on the type were on a long ferry flight, possibly one of the Mustangs up from the USAF. 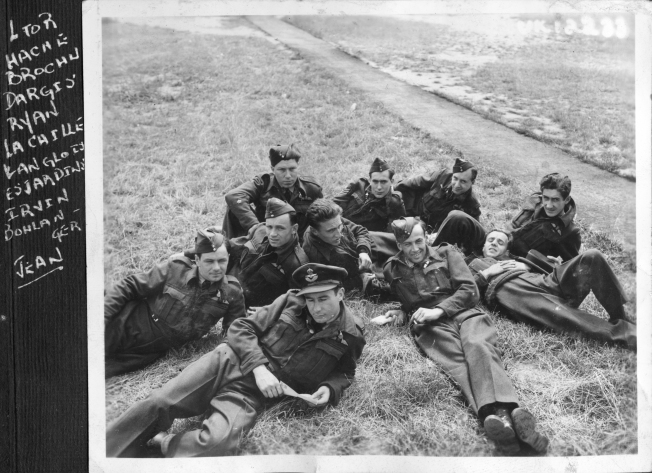